JACKSONVILLE, FL – Tim Cobb, who moved to and became a member at St. Johns Golf and Country Club three months ago, fired a bogey-free 68 today to fend off two hard-charging fellow competitors and win the rain-shortened 63rd JAGA Senior Amateur Championship by one shot at his new home club.

At the start of the final round, Chad Branton of Cartersville, Ga. was tied for 12th and Mike Vallencourt of Vallencourt Construction Company and Timuquana Country Club was tied for 20th after opening on Monday with rounds of 73 and 76, respectively.

In their best imitation of an Arnold Palmer charge, Branton shot 65, while Vallencourt birdied his last seven holes to finish his round with 11 birdies. His lone bogey came on the second hole, the result of a three-putt. The duo would wait more than an hour before learning their heroics had fallen one shy of Cobb.

Cobb played his college golf at the University of Memphis and became a St. Augustine resident in June, moving to the area from Indiana to work in the credit union sales business.

Rounding out the top five in fourth and fifth place were Billy Lodise(70-70-140) of St. Augustine and two-time Senior Amateur champion David Anthony of Jacksonville (69-72-141).

John Lobb’s run at a record-tying three straight JAGA Senior Amateur titles was not to be. The retired Naval Station Mayport executive officer was derailed by back-to-back triple bogeys on the 12thand 13th holes on Monday. Lobb would finish tied for 11th (74-74-148).

The championship was scheduled to be 54 holes, but Sunday’s opening round was cancelled due to heavy rain that barged through St. Augustine early that morning.

First played in 1958, the JAGA Senior Amateur is the oldest continuously played golf tournament in North Florida and features contestants who are age 50 and above. It was sponsored for the fourth year in a row by European Street Cafe. 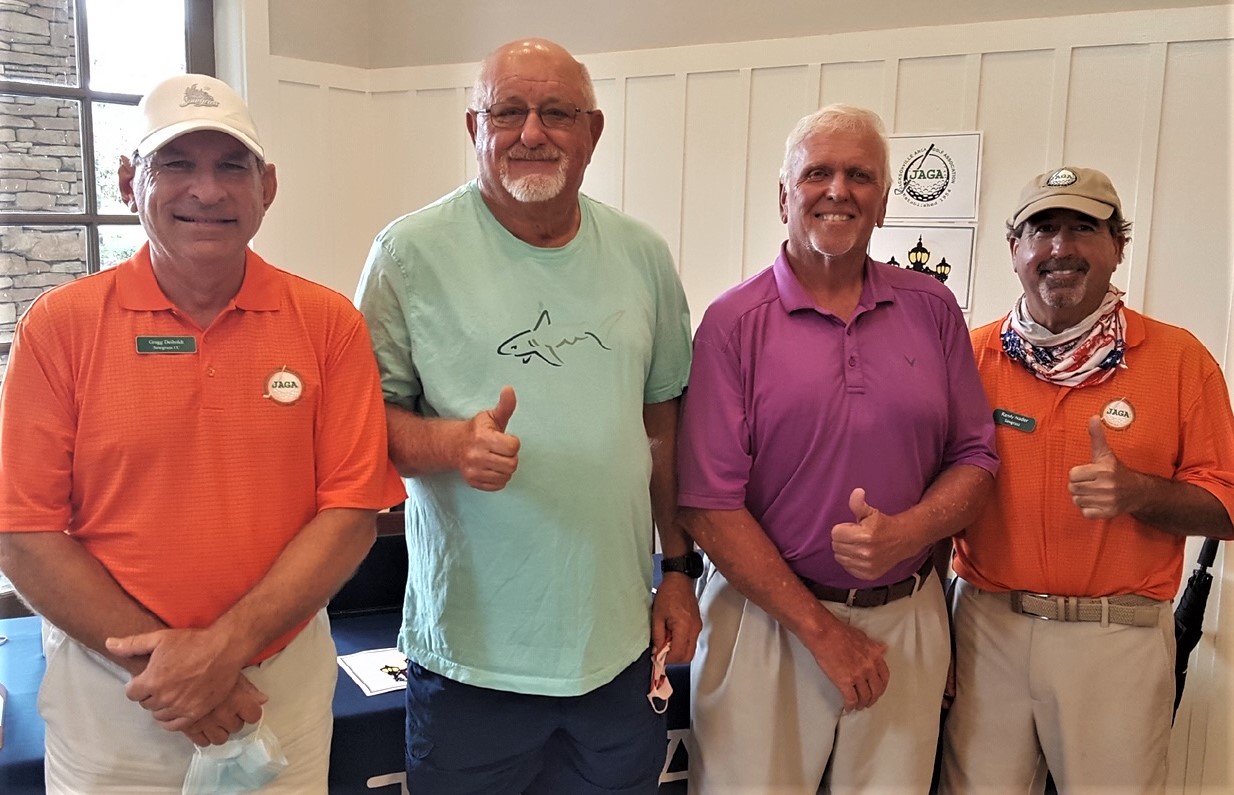 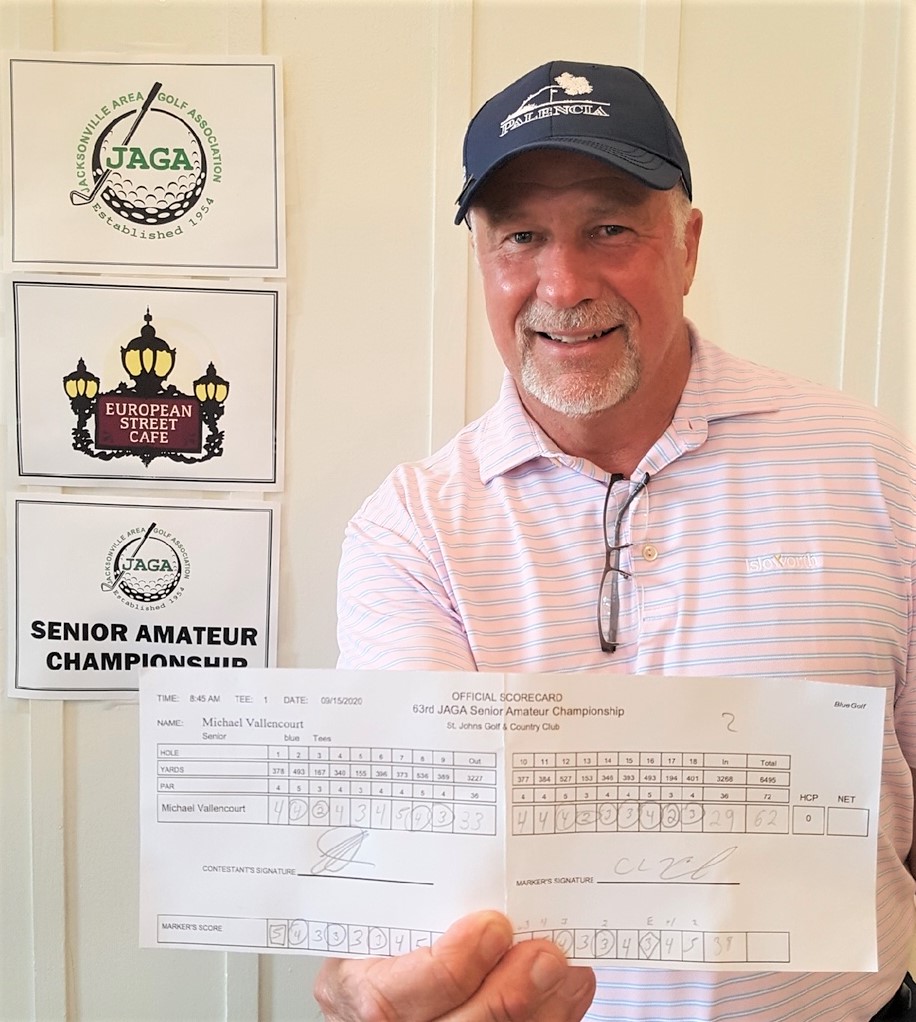 Runner-up Mike Vallencourt with his scorecard of 62. 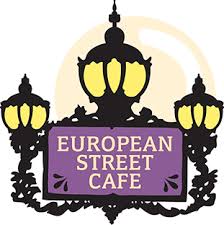 JAGA wishes to thank European Street Cafe for its continued support of the Senior Amateur and encourages JAGA contestants and supporters to visit one of European Street’s four Jacksonville/Jacksonville Beach restaurants (San Marco, Park Street and two on Beach Blvd.) if you’re not already a regular customer.

NEXT UP FOR JAGA…FALL FOUR-BALL / SCRATCH & NET
(OCT. 12), FOLLOWED BY THREE MORE

There are four events remaining on the 2020 JAGA tournament schedule. They are: